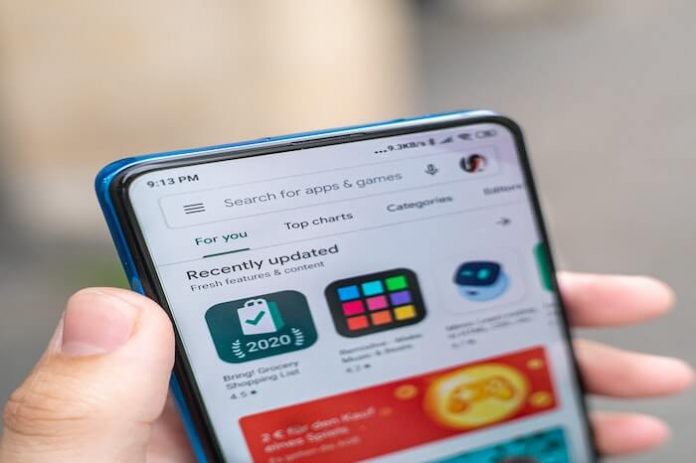 Google Play Store is considered as a digital distribution platform, operated by Google, serving as the official app store for Android devices. It has over one million apps and games available for download. As the world’s largest mobile platform, it offers developers a massive audience to distribute their apps. We’ll be looking at 6 interesting facts about Google Play Store that you may have missed.

If you can’t find an app on the Play Store, or it’s not available in your country, you can often download it through a third-party site. However, be careful when downloading from these sites, as some may contain malware. Make sure to do this through a reputable site that offers demos or freeware software, as seen on Softmany. Additionally, the benefits of such sites include individual support, the ability to run older versions of apps, and sometimes even early access to new features.

And, while the Play Store is the official app store for Android, it’s not the only one. There are several alternative app stores available, such as the Amazon Appstore and the Samsung Galaxy Store. These offer a different selection of apps, and may even have some exclusive ones. However, they are not necessarily better than the Play Store, so it’s up to you to decide which one to use.

2. You Can Get Free Apps Or Buy Them With In-App Purchases

While many people think that all apps on the Play Store cost money, there are several free apps available. To find them, simply go to the top charts section and select “Top Free.” You can also browse by category to find free apps in a specific genre. Some developers offer paid versions of their apps with additional features, but the free version is typically fully functional.

In-app purchases are becoming increasingly popular, especially in games. These allow you to buy virtual items or unlock levels within the app. While some people find this frustrating, it is a way for developers to make money from their free apps.

3. You Can Install Apps On Your SD Card

If you’re running out of storage on your device, you can install some apps on your SD card. This frees up space on your internal storage, and can be done by going into the settings menu for each app and selecting “Install location.” Not all apps support this feature, but many do. For example, you can move Facebook to your SD card if you so choose. Additionally, some apps are only available to be installed on SD cards, so this may be the only way to install them.

If you have multiple Android devices, you can share apps between them. This is done by going into the Play Store on one device and selecting the “My Apps” option. From there, you can select the app you want to share and tap the “Share” button. You can then share it via Bluetooth, NFC, or even email. This is a great way to save space on your devices or to share an app with a friend. For example, if you have a game that you’re particularly fond of, you can share it with your friends so they can try it out.

5. You Can Pre-Register For Apps

If there’s an upcoming app that you’re interested in, you can pre-register for it. This will notify you as soon as it’s available, so you don’t have to keep checking the store. To do this, just go to the app’s page on the Play Store and tap the “Pre-register” button. Or, if you want to try out new features of an app before they’re released, you can sign up for beta versions.

These are usually unstable and may contain bugs, but they’re a great way to test out new features. To do this, go to the app’s page on the Play Store and scroll down to the “Become a beta tester” section. Then, just tap the “I’m in” button.

The Benefits of Pre-Registering

When you pre-register for an app, you’re essentially putting your name on a list of people who are interested in that app. This allows the developer to see how popular their app is and gauge whether or not it’s worth continue developing. Additionally, it allows them to notify you as soon as the app is released, so you don’t have to go searching for it. And, if you’re interested in trying out new features of an app, signing up for beta versions is a great way to do that.

6. You Can Disable Automatic Updates

While automatic updates are usually a good thing, sometimes you may not want an app to update itself. For example, if you’re using an older version of an app that’s no longer supported, you may want to keep it as-is. To do this, go to the Play Store settings and disable the “Auto-update apps” option. So, if you want to update an app manually, you can do so from within the app itself. Just open up the app and go to the “Settings” menu. From there, you should see an “Update” button that will allow you to update the app manually. This is useful if you’re not connected to Wi-Fi and don’t want to use your data allowance.

The Pros and Cons of Manual Updates

Manual updates require you to remember to update your apps, which can be a pain. However, it does allow you to update apps on your own schedule and conserve data if you’re not on Wi-Fi. Additionally, it’s useful if you’re using an older version of an app that’s no longer supported. So, if you want the newest features of an app, you should probably leave automatic updates enabled. But, if you want more control over when and how your apps are updated, disabling this setting is the way to go.

These are just a few of the interesting facts about the Google Play Store that you may not have known. With over two million apps available, there’s a lot to explore in the world of Android. So, next time you’re browsing the store, keep these things in mind and you might just find something new and exciting.

Questions to Ask When Hiring a Business Broker

How the Weather Can Affect Your Business Operations

Important Things You Need To Know Before Contacting A Real Estate...