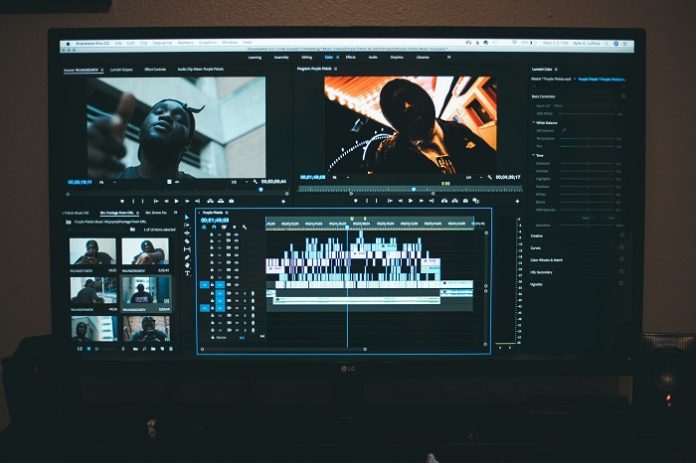 What Is Video Encoding?

Video encoding is a key part of the digital video production process, as it ensures that the final product can be played back on the intended devices. Without proper encoding, a digital video will likely not play correctly on its target devices, or may not even play at all.

Why Is Video Coding Important?

The importance of video coding becomes apparent when you consider the sheer number of devices that are now capable of playing digital video. In the past, encoding was primarily used to compress video for storage on VHS tapes or other physical media.

However, with the advent of digital media and the rise of online video streaming, video encoding has become essential for ensuring that video can be played on a wide range of devices. From computers and laptops to smartphones and tablets, there are now a huge number of devices that can play digital video.

And with the advent of OTT services like Netflix, Amazon Prime Video, and Hulu, people are watching videos on their devices more than ever before. In order to ensure that video can be played on all of these different devices, it must be encoded in a format that each of them can read.

A codec is a computer program that can encode or decode a digital data stream or signal. Codec is a portmanteau of coder-decoder. A coder encodes a data stream or signal for transmission, storage, or encryption, whereas a decoder decodes the coded stream for playback, editing, or other processing. There are a number of different codecs available, each with its own advantages and disadvantages. Some codecs are better suited for certain types of data than others. For example, the MP3 codec is designed specifically for audio data, while the H.264 codec is designed for video data.

How Do Codecs Work?

Codecs use a variety of different compression methods to encode data. The most common method is called lossy compression, which means that some of the original data is lost during the encoding process. This can result in lower quality playback, but the files are smaller and easier to store or transmit. Other codecs use lossless compression, which means that no data is lost during the encoding process. These codecs usually result in files that are larger than their lossy counterparts, but the quality is typically much higher.

When choosing a codec for encoding your video, it’s important to consider both the file size and the compatibility of the resulting file. In general, newer codecs are more efficient than older ones, so they can result in smaller files without sacrificing quality. However, not all devices support the newest codecs. For maximum compatibility, you may need to use an older codec.

Interframe is a type of video compression that encodes frames by taking into account the differences between them. This usually results in smaller file sizes and thus, less data needs to be transferred. The downside is that it can take longer to encode/decode interframe videos. The frame rate is the number of frames per second (fps) that are displayed.

A higher frame rate means smoother motion, but also requires more bandwidth. Common frame rates are 24, 25, 30, 50, and 60 fps. Some countries use a different standard called PAL, which uses a slightly different frame rate (25 or 30 fps). The types of interframe video are I-frames, B-frames, and P-frames.

Intra frames are self-contained compressed images that don’t require any other frame in order to be decoded. They are like keyframes in animation and are typically used at the beginning of a video or after a scene change. P-frames (Predicted frames) are only partially encoded, and rely on information from past and future frames in order to be decoded.

B-Frames are a type of video encoding that is used to improve the quality of a video signal. They are typically used in conjunction with other types of video encoding, such as I-Frames and P-Frames. B-Frames work by taking advantage of the fact that most video signals contain a lot of redundant information.

By only encoding the differences between frames, B-Frames can significantly reduce the amount of data that needs to be transmitted. This can result in a much higher quality video signal, with fewer artifacts and better image detail.

P- Frames are the “Predicted Frames” in a video compression scheme. They rely on information from earlier frames (I-Frames and/or P-Frames) to predict what will happen next in the video. This makes them much smaller than I-Frames, which contain all the information for that frame with no prediction involved. P-Frames are typically used for around 50% of the frames in a video.

P-Frames can be further divided into two types: Intra (I) P-Frames and Inter (P) P-Frames. Intra P-Frames are those that only use information from the same video stream to predict future frames, while Inter P-frames use information from other video streams as well. Intra P-Frames are typically used for around 25% of the frames in a video, while Inter P-frames make up the rest.

Video encoding is a process of compressing video files in order to reduce their file size. This is usually done by taking advantage of the fact that most video signals contain a lot of redundant information. By only encoding the differences between frames, video codecs can significantly reduce the amount of data that needs to be transmitted.

7 Great Ideas On How To Market A New Product In...

PR vs Marketing: Which One Is Better?

How Can the E-Learning Industry Improve Your Financial Situation?

How Can Social Media Monitoring Inform Your Sales and Product Teams?