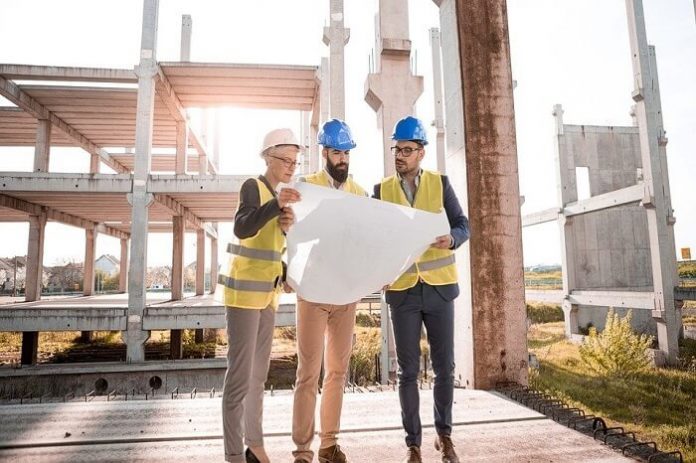 Construction site security is a necessary and important aspect of any type of construction. The idea that someone could negligently injure themselves or damage equipment or property on your construction site can easily be prevented by implementing a proper security plan. This article will discuss the benefits of having such a plan in place on your site, and discuss things like why it’s necessary, what can happen without one, and the consequences if you choose to forgo this essential step.

Why You Need A Construction Site Security Plan

A security plan is required because construction sites are, or should be, contrary to popular belief, inherently dangerous. There’s a higher risk of injury and damage done while at a construction site than in other jobs that require labor. Even if you assume that the people who work on your site value their lives or limbs enough not to take risks or engage in unsafe practices, there’s still potential for another person who comes onto your site without permission (e.g., thieves) to get hurt by jumping off scaffolding or stealing equipment. As such, it’s important to make sure all parties understand the safety precautions necessary for having a safe and productive day building your project.

On top of these dangers, construction sites also are targets for theft since it’s an inherently insecure location. People who would otherwise be unlikely to enter a store or office building can sneak onto your site unnoticed at all hours of the day and night due to the lack of security on your premises. This has benefits for them because it becomes easier for them to steal items like tools, equipment, supplies, etc., which is why you should consider hiring a local security company in order to protect your assets. Another potential downside is that sabotage could occur by someone with nefarious intentions toward you or one of your competitors who manages a project across the street from yours. If you don’t have a security plan in place, though, all these problems become much more difficult to prevent.

What Can Happen Without A Security Plan

It goes without saying that without proper security precautions in place, the chance of someone coming onto your site and committing a crime is much higher. In fact, theft and vandalism can occur if you put proper security precautions in place, but neglect to hire individual guards for one reason or another. Theft also becomes an issue due to the lack of control over unauthorized people entering and exiting your premises.

The risks that come with leaving things like your tools and equipment lying around everywhere on your property are things like those items becoming damaged by elements such as water leaking from the ceiling above them, falling off storage racks, etc. Not only does this make it more difficult (if not impossible) for you to use these tools or pieces of equipment again, but it also wastes your money since you’ll need to spend more cash to replace them.

If you decide not to implement a security plan, you also endanger everyone who enters your site by leaving them vulnerable to other people on the premises. If those other people come onto your site and see someone they want to pummel or rob (or rape if that’s their preference), then it becomes much easier for that person to do so, simply because there isn’t anyone watching out for others’ safety on the site. Even if they don’t end up assaulting somebody else, at the very least, this negligence gives rise to a false sense of security among those who are working on your project which can lead to more injuries since employees think they’re safe when they’re really just lucky enough not gotten injured yet.

Consequences Of Not Having A Security Plan

If someone ends up committing a crime on your premises, you could be liable for their actions, since you can’t prove that you warned people about the lack of security on your site. This puts a huge damper on the amount of money you have coming into your business because not only did they commit a crime, but now you have to pay fines or go to court over it too. In fact, there are so many potentially negative consequences associated with neglecting to set up appropriate security measures that it’s incredibly difficult to even begin listing all of them. For this reason, if cost is what’s holding you back from getting a security plan up and going ASAP, then stop being so financially irresponsible and get one set up right away.

Needless to say, having a security plan is extremely important for any construction site. People who would otherwise be unlikely to enter a store or office building can sneak onto your site unnoticed at all hours of the day and night due to the lack of security on your premises, making theft and vandalism easier for them. In addition, without proper security precautions in place, the risk of someone coming onto your site and committing a crime increases rapidly, potentially exposing you to costly lawsuits if they assault another person on the premises. It becomes much more difficult for you to use tools or equipment that has been damaged in some way because it could have happened from water leaking from the ceiling above them, falling off storage racks, etc., not only making it more difficult for you to use them again but also wasting the money you spent replacing them.

Finally, not having a security plan gives rise to a false sense of security among people who are working on your project that leads to more injuries since they assume that because there aren’t any guards or locks on their equipment, they’re safe from harm when in reality they could be getting injured at any moment due to the lack of precautions in place on your property. The costs associated with neglecting to set up a proper security plan are simply too numerous and severe for it to ever make financial sense for you not to have one.

The financial benefits of having a construction site security plan are immense. From preventing theft to protecting your employees from assault or a false sense of safety, this article should have convinced you that the only thing standing in your way is cost. This article has discussed how to set up an affordable and effective plan for securing your property, so it’s time to put these ideas into action! If you’re not sure where to start, don’t hesitate to do some extra research on your own and consult with industry experts!

What’s The Difference Between Social Listening and Social Monitoring?

Your Family Deserves a Beautiful Home – Pay Attention To These...

Things To Keep In Mind When Taking Out A Car Loan