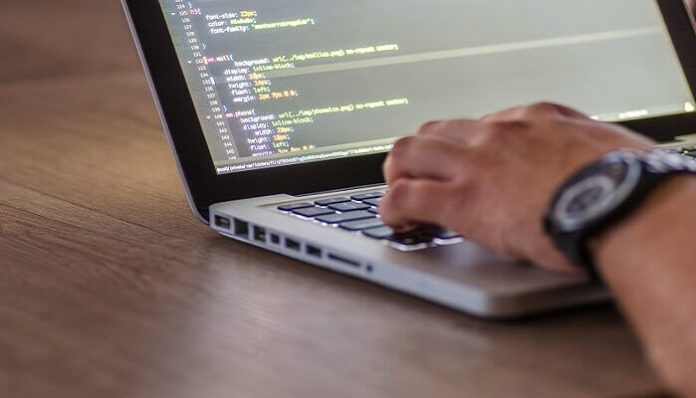 2020 holds great possibilities for the world of mobile and web based user interfaces. As more and more companies, entrepreneurs and inventors take to the online world to create virtual spaces for their ideas and products to be housed, the software behind them increases in compatibility towards their ever-growing audience. These various technologies have needed to adapt, expand their offerings and change to fit their users ever growing needs.

Both Bootstrap and React are cornerstones for creating and developing web and mobile-based applications. The benefits and drawbacks of both have been widely disputed online and each one is favoured both of which favoured and used by a vast majority of users. The big question is Bootstrap VS React, and what does each of them have set in store for their user? 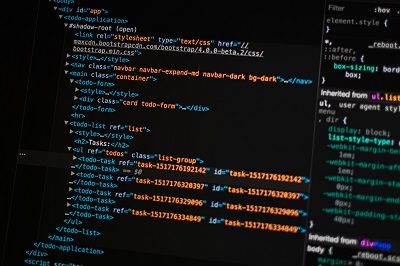 The open-sourced framework Bootstrap (also known as the Twitter Blueprint) is described as an open source toolkit.

First developed in 2010 by Twitter, they opened up their developments during their Hack Week and since then the product just took off.

Bootstrap is used for developing mobile-first, front-end frameworks by developers of HTML, CSS and JS of all skillset. They offer a full range of applications and add-on extras to help users create a myriad of user interfaces by using their app in its entirety. The latest version, Bootstrap 4, is extremely intuitive, user friendly and comes with a very easy to follow guide. The main selling point of Bootstraps offerings would be its flexible nature; users can create web projects with total ease.

The Benefits of Bootstrap

As previously discussed Bootstrap is a go to for the front-end design of web and mobile based applications, they have easy step by step guides to help all skill levels succeed and create various interfaces using their application. Bootstrap developers can expect to have fewer cross browser bugs and a consistent framework which supports the majority of browsers. Their plethora of structures and styles offer users customisation abilities, allowing for the true essence of their app to shine through and they can remove any redundant elements not needed for there own sites.

Alongside all of this, Bootstrap has been operating for many years, therefore they have a dedicated community of customer support engineers and guidelines to ensure web developers can create with help if needed. The speed of their responsiveness to customer questions and queries is mirrored with their responsiveness to change and adaption to the user’s desired device.

First developed in 2011 by Jordan Walke, React is best described as a JavaScript library created to aid its users with the creation of user interfaces. Jordan was a software engineer at Facebook, and his creation was developed to help build the Facebook’s newsfeed. Facebook still maintain this library today, alongside separate community of individual developers.

The majority of users frequent react as a base for the creation of single-page or mobile applications. It is the optimum choice for fetching rapidly changing data that needs to be recorded and worked upon. Popular applications such as Instagram, Skype, Netflix, PayPal and Bloomberg, to name a few, utilise Reacts library to structure and generate their globally recognised and used apps.

React is easy to use, it does not take a lot of time to grasp this new technology they offer various documentation and training options for users to help school them initially, but from there on its extremely easy to grasp. By using JSX, which is a much easier script to work with it allows its audience to breath easy when generating scripts as opposed to other similar applications. Alongside this there are various reusable components; React is actually based upon these. This means a web designer can start small, but build big; each component has its own logic and controls its own rendering. The components can be reused whenever one wants to, making apps easier to develop and maintain.

A virtual DOM is used by React to crush any potential issues with its impact performance with the end user. By using a virtual DOM, React can cut out a lot of time waiting for updates with the actual DOM making any updates of changes almost instant for end users. Alongside this several of developer tools can be integrated via online applications with ease, if you know how to operate them.

The Future and Comparison Between Bootstrap and React

It is obvious that each one is brilliant in there own right, but who tops the charts? It is not as easy to give a definitive answer, but to offer the idea of creating a unity between the two to use all of the benefits of each application.

This is where the future of both applications lies, by marrying up and keeping the users ever growing appetites of web developers satisfied. Already some developers do join the capabilities of both, but this is an arduous task and can easily fail if one does not hold the higher of skill sets. By integrating both, react developers can use Bootstraps famous grid system and its other impressive components alongside the versatility and ease of web designers original base.

As React does not have built-in options to help create responsive, sleek and intuitive designs, Bootstrap can fill this void. Conversely, Bootstrap script can be confusing and time consuming, so pairing Reacts Grid, Row and Column components to help organise the web pages instead of HTML would be most beneficial for its end users.

This union would benefit web designers of all skill; this proposal is not issued as an ease of access for web designing, but for high skilled web designers to go further and those in their infancy to create with ease. By reducing these boundaries of creation the opportunities, which can arise in 2020, and beyond, are unimaginable.

As our global society becomes more web and app dependant across every sector, it is favourable for all to make adhering to the growing audiences needs to be placed at the forefront of web development. Focusing on what the audience wants and their future needs is necessary and relative to the success of a modern day application and web page.

Business Opportunities in Dallas – The Detailed Guide To Find The...

10 Tips to Start a Profitable Logistics Company in 2021

What’s The Difference Between Social Listening and Social Monitoring?

What Is Global Leadership? The Ways to Become an Influential Global...