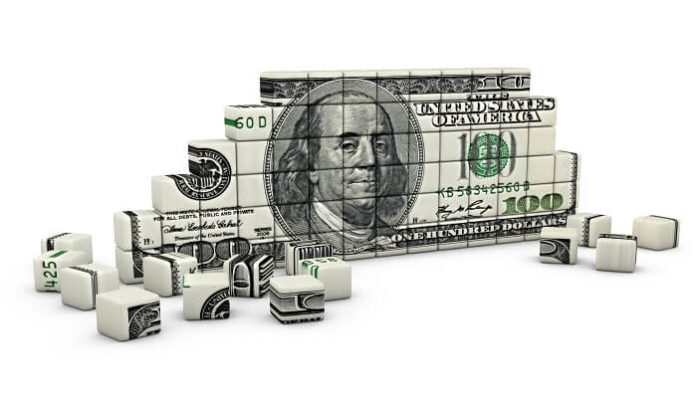 Pyramid schemes unfortunately are not a thing of the past and over recent years they seem to have become more prevalent as people look for flexible working arrangements that they can do from the comfort of their own home. If you are unsure of what a pyramid scheme is, don’t worry we can help. We will also let you know how to spot one, so you don’t fall into any traps.

What Is A Pyramid Scheme?

A pyramid scheme is characterised by the lack of sales that go into the product the company supposedly makes. Pyramid schemes make their money by asking new clients to pay large fees to join the company, which are then recouped when you get people to join under you. The onus of the business is about getting people to sign up underneath you, in order to get commission.

Pyramid schemes are outlawed in many countries due to their unethical nature as they have led to hundreds of thousands of people becoming bankrupt. Pyramid schemes aren’t new, you may have heard of them prior to this article referred to as Ponzi schemes. A Ponzi scheme is one where new investors are paying older investors under the guise of a profit. They are similar to pyramid schemes in that they both rely on a none existent financial reality and both promise high returns.

Characteristics Of A Pyramid Scheme

Pyramid schemes often require very large sums of money to join; you won’t be able to do any business with the company until you have paid these fees. You may also find that if you go to large networking events. They may offer discounts to the floor and use statements such as ‘this is an investment that will change your life’ and other statements such as the opportunity won’t pass you by. It will just be offered to someone else.

Pyramid promoters are masters of Psychology, on an individual and group level, you will find that they will give you the feeling that if you don’t invest you are wasting an opportunity. One of the main characteristics of a pyramid scheme is the promise of extremely high returns on your investment in a very short period of time. If it sounds too good to be true, chances are it is a pyramid scheme. If the business is issuing marketing material stating that their employees are on ‘six figures’ or earning ‘thousands per week’ then approach with caution. The reality of the situation will be very different, most people that bought into the pyramid scheme will actually be losing money hand over fist.

Is There A Difference Between Multi-Level Marketing and Pyramid Schemes? 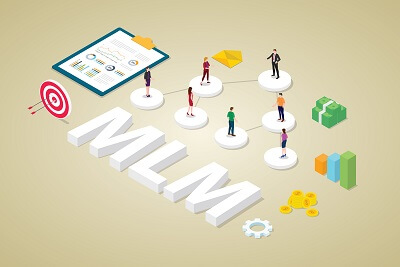 In the last 5 years there has been an explosion of multilevel marketing opportunities that have come about due to our interconnectedness, especially on platforms such as Facebook. Multi-level marketing of MLM’s are slightly different from pyramid schemes as they actually sell consumers products.

However, MLM’s have been widely criticized as they require large upfront costs and consistent payments to ensure that their sales representatives have access to the latest products, promotional materials as well as paid invites to networking events.

There are many legal arguments being undertaken at the moment as to where multi-level marketing stops, and pyramid schemes start. Whilst this is still being battled out in the courts, it is important to be able to differentiate between the two. If you are invited to a scheme that seems to be a MLM scheme, make sure you ask what products you will be selling. This is the main difference between the two, in MLM schemes you will be selling products, it could be makeup, lifestyle products or homeward.

You may be expected to take people on underneath you, but this won’t be pushed as fiercely as a pyramid scheme. If the person you have asked can’t provide you with a product or distribution network to sell through but says that you will make your money from recruiting other members, this is a pyramid scheme. Another factor to look out for is that reputable MLM’s will offer to buy back any unsold stock, whilst you won’t get the full price that you paid, you will get some of your money back. Pyramid schemes won’t do this as they will say that you are expanding their distribution network for when their products are ready for release.

What Can You Do If You Think You Are Part Of A Pyramid Scheme?

If you have already parted with your hard-earned cash but now feel like you have bought into a pyramid scheme, there isn’t a lot you can do to recover your money. However, you can report the scheme as they are illegal across the USA, Canada and Europe. If you don’t report it and it is shown that you were aware that it was a pyramid scheme and still recruited people under you. It becomes an offence which you could serve up to 5 years in prison. Please don’t feel bad if you have become part of a business of the 21st century pyramid scheme. The people that run the schemes are exceptional at human psychology and their entire income is based on convincing people to take part, so you won’t be the only one. However, once you have had this realisation, you will need to report it to the police to ensure that the scheme is shut down.

Pyramid schemes can be difficult to spot, especially with the emergence of multi-level marketing schemes that everyone seems to be partaking in on platforms such as Facebook. Whilst they are both different, they do have similarities in that you are expected to pay an upfront cost. However, the key difference between the two is that with a pyramid scheme, the language will suggest that you need to increase their distribution network and employ people under you in order to ship the products far and wide, but there is very little information about the products. If the returns offered seem very high, especially over a short amount of time, pass up the opportunity and report the business to law enforcement.

Are Small Business Loans Easy To Get? What You Need To...

10 Tips to Start a Profitable Logistics Company in 2021