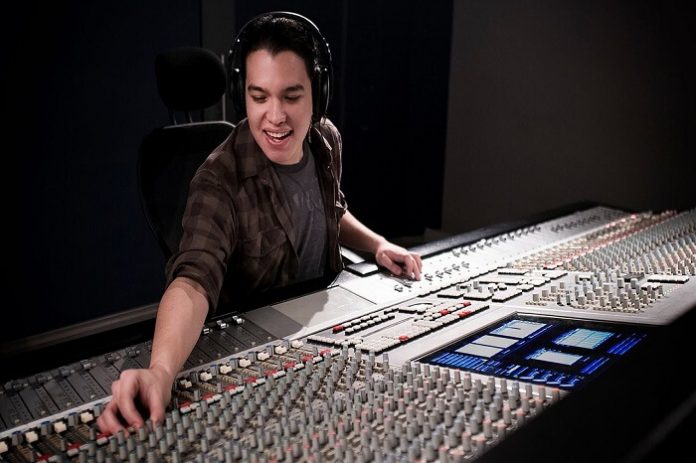 In an age where the visual elements of a story are often more important than the audio, audio editors still have a prominent role in the filmmaking process. They are not only responsible for creating sound effects and music, but they must also ensure that everything sounds as it should on screen. This requires matching sound levels from scene to scene, ensuring you can hear dialogue clearly, and avoiding unacceptable sound quality when necessary.

Along with their many technical responsibilities, audio editors are also responsible for building the world in which the characters live. Creating ambient sounds in specific locations helps create a reality within the fictional one, often working alongside other departments to do so. This article will highlight some of the responsibilities of an audio editor. Read on to learn more.

More often than not, audio streams come with various issues such as incorrect noise levels, low volumes, pitch problems, etc. These are typical errors an audio editor will have to deal with while working on a project. Noise is often caused by a faulty recording device or poor microphone placement. For example, an air conditioning unit running somewhere in the background of a shot would be considered unwanted noise.

Audio editors are tasked with reviewing audio tracks, usually by watching a film or TV program. Using special hardware makes it possible to hear the audio as it appears on screen, allowing them to check that everything sounds as it should. If you do not have an in-house audio editor, you can always work with audio editing production services at a reasonable rate. These are professionals who will complete projects of any complexity. These editors will often watch scenes several times to find sound levels or background noise problems. One of the essential parts of the job is ensuring that everything is working as intended, which can be very time-consuming.

Responsible For Sound Effects And Music

Sound effects are special effects that mimic authentic sounds. Whether it’s a transition from one scene to another or the sound of a rainstorm, each effect must be carefully crafted and placed to maintain continuity.

Audio editors create many different sound effects, from a door slam to a waterfall or a car driving past. These sounds must match the images on the screen exactly. In addition to these effects, they must also create mood and atmosphere through music, which can be a time-consuming part of the job, especially for smaller projects or films without much funding.

Creating sound effects and adding them to clips to match the visuals can be very difficult, although, with practice and the right equipment, it becomes easier.

Responsible For Building The World Of A Film

The film world must feel natural to the viewer, whether it’s a sci-fi epic or drama. This is where audio editors come in, working alongside other departments to create background sounds that help define the world presented on screen. As well as making sound effects, audio editors are also responsible for adding music to make the world in which the characters live. They work with other departments to provide this experience, often designing unique sounds that match what is happening on screen. This can play a vital role in small projects with a limited budget. For example, audio editors might be responsible for doing so themselves rather than hiring an expensive musician to create music for a short film.

Work Alongside Cinematographer And Director

The success of any production relies heavily on effective communication and trust between all departments. Cinematographers and directors must communicate their vision to other team members, including sound editors and mixers.

Audio editors should always strive to meet the needs of cinematographers and directors, ensuring that they are providing the highest quality work possible within their means. They are often the communication link between sound mixers, dialogue editors, and voice artists, making sure that everyone is on the same wavelength when creating sounds for a project.

Since the job of an audio editor is so visual, they must have good communication skills, which includes working alongside the cinematographer and directors to ensure that everything is working as it should. They must also be proficient at reading a scene, often without sound, to determine what should occur. In other words, audio editors need to know how their audience will take in a scene visually rather than through sound alone.

Every scene in a film contains dialogue, an integral part of any story. Dialogue editing is more than recording what the actors are saying on set. It also involves adding effects through equalization and noise reduction to ensure correct sound levels. The best way to do this is to watch scenes repeatedly with earphones, making adjustments as necessary.

Dialogue editing can often be a collaborative effort, with two or more audio editors working together to produce the final product. This kind of work is time-consuming, playing scenes repeatedly for several hours at a time. It is one of the most laborious parts of the job and one of the most rewarding when done well.

Different films require different quality standards. Whether creating videos to help achieve your marketing goals or shooting a movie, you want to make sure that they live up to expectations. This is where audio editors come in, working to maintain the highest quality possible throughout each film. They are responsible for keeping sound levels on an even keel. This is done using equalization, also known as EQ. With it, they can adjust volume levels with precision, allowing them to maintain the overall sound as it is played through a theater’s speakers. Maintaining quality standards this way takes practice and skill.

The role of an audio editor is a rewarding one. The work can be long and complicated, but the finished product always makes it worthwhile. In addition, as technology continues to grow more advanced, there are increasing opportunities for those looking to get into this field. One thing is for sure: with increasing technological advancements and changing tastes in entertainment, the film industry is unlikely to see its audio editors ever go out of fashion.

How Can You Increase Company Profits In A Stagnant Economy?

6 Interesting Methods That Can Improve Your Business Right Now