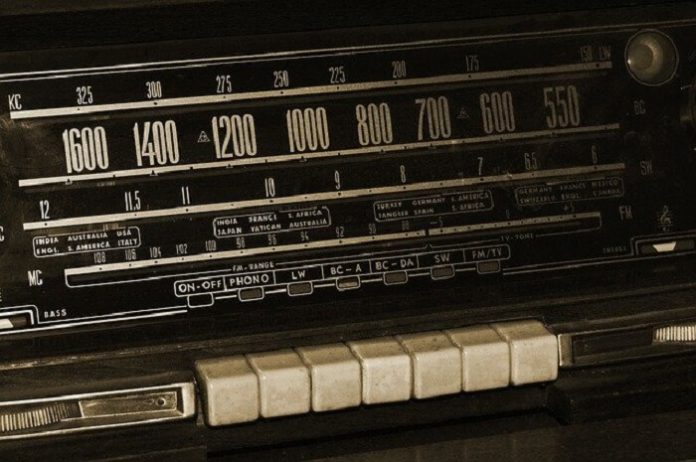 Many dangers come with living in the digital age. One of those dangers is the constant exposure to radio frequencies. Radio frequencies are all around us, and while some of them are harmless, others can be harmful. In this article, we will discuss how to block radio frequencies and why people might want to do so.

What Are Radio Frequencies?

Radio frequencies, or simply radio waves, are electromagnetic waves coming from wireless devices. These devices include cell phones, routers, and microwave ovens (to name a few). The term ‘radio frequency’ can also be applied to older technologies such as televisions and radios. Radio stations emit low-power transmissions to broadcast their programs through these signals.

Due to this constant exposure, we’re living in an ocean of radiation that we cannot see but which nonetheless has adverse health effects and can be blocked and filtered with special equipment if necessary.

There are many benefits with creating an enclosed environment where radio waves are not able to go through, even more so having an RF Shielded Box which offers protection from up to 80 dB of Radio Frequency (RF) and Microwave radiation. It can be extremely helpful when you need to be shielded and need testing enclosures.

In this article, we will explain how you can block radio frequencies and give some useful tips on where to focus your efforts. If you want a quick solution for a sudden issue or live in an area affected by heavy radio waves, follow these steps.

The best possible way to stop harmful radio waves is to wear RF shielded clothes designed specifically to protect from them. They’re usually made of a special fabric that stops radiation transmission and is used in containment facilities around the globe by researchers whose work involves close interaction with electromagnetic fields set at high levels or who simply want protection from their equipment when experiments go wrong. These outfits are used in some industries and research facilities to prevent radioactivity exposure. By shielding yourself from radio frequencies, you can stop or reduce exposure to harmful radiation.

If you’re not keen on wearing such a suit, the next best thing is building an enclosure for yourself at home that will stop radio signals from penetrating it. You’ll need to build multiple layers of metal that will effectively create a Faraday Cage. That means no cell phone signal and no WiFi- all important functions of our modern lives. An 8″ thick layer of copper (or better yet- silver) should do the trick. It’s not enough to simply cover the walls with aluminum foil since it does not block radio frequencies well enough.

You’ll need to build an enclosure for yourself at home that will stop radio signals from penetrating it. The most important area of your house to shield is the one where you spend the majority of your time, especially if you’re experiencing symptoms after exposure. That would be your bedroom.

Computers give off low-level electromagnetic waves. If you feel like this might be a problem for you, consider placing a copper screen over the monitor and sitting as far away as possible. You can also use special software that blocks these frequencies; just do some research online before deciding on one since some practices are better than others. A popular program is Electromagnetic Field Protector which runs in the system tray and shuts down your WiFi adapter or Ethernet connection when it detects magnetic fields or RF waves.

If you use a cell phone daily, try using an air tube headset with your phone. This is the only technology that doesn’t emit any type of electromagnetic radiation. Also, try to keep your calls short since this will reduce your exposure time. If you have to be near a window for reception, keep the phone away from your ear as much as possible- even if it means cradling it awkwardly. Air tube headsets can be purchased online, but they’re not very common yet, so do some research before buying one.

What Are Some Of The Benefits Of Blocking Radio Frequencies?

There are many benefits to blocking radio frequencies. First and foremost, it protects us from the harmful effects of radiation exposure. It can also help reduce fatigue, headaches, and flu-like symptoms often associated with electromagnetic hypersensitivity. Additionally, shielding ourselves from radio frequencies can help improve our overall health and well-being.

Modern life has become largely dependent on electricity and things like cell phones or WiFi signals are produced around us all the time without most people thinking twice about it. However, radio frequencies are harmful in high enough amounts and people should take steps to protect themselves from these harmful effects. There are a few ways to do this, but the easiest involves shielding the listening radio frequencies.

How To Lessen The Impact Rather Than Removing It

By completely blocking it, the things we love and enjoy will be taken away from us. One solution is to keep our distance from the technology that causes it. We don’t have to use WiFi and we certainly don’t need to sit in front of a TV or computer all day long. Spending time outdoors may also limit how much cell phone radiation we absorb daily. It’s obvious that the more time we spend unplugging, the healthier we’ll be especially since there are harmful effects associated with radio frequencies.

It is important to understand that people who experience severe symptoms associated with EHS should limit their exposure time rather than shield themselves since it has been shown that this condition doesn’t respond well to shielding. For example, someone suffering from EHS might want to consider switching to an air tube headset when talking on the cell phone and only use WiFi when necessary to keep their exposure levels down.

To wrap things up, blocking radio frequencies is a good idea if you find that it’s causing you any sort of distress or discomfort. By taking the appropriate steps, you can protect yourself from harmful radio frequencies and they won’t have to interfere with your daily life.

8 Tips on How to Start Working on Building Wealth

How To Start Your Own Electrical Repair Business

Increasing the Number of Sales: How to Achieve Amazing Results?